What happens when you launch a successful Kickstarter and want to turn that campaign into a well known brand?

Zach Goldstein, Founder and CEO of Public Rec, an athletic apparel company set out to make comfort that looks good, was asking himself the same question when thinking about making the jump from Kickstarter to Shopify and becoming a full time business owner.

On this episode of Ecommerce Growth, I spoke with Zach to learn more about his journey. 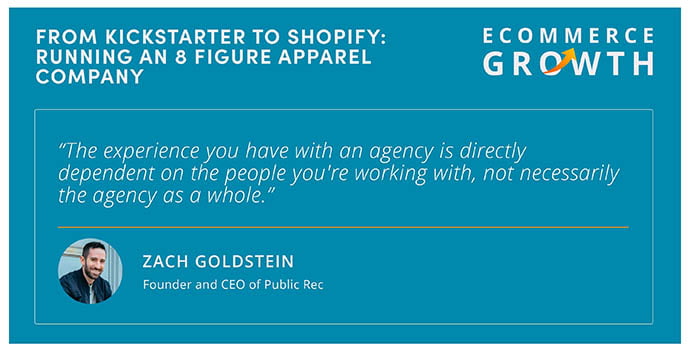 Want to learn how we helped grow Public Rec from a kickstarter brand with one product to a 7-figure+ eCommerce apparel company?

For the entire interview, tune in right here or on Apple Podcast, Spotify, or Stitcher.